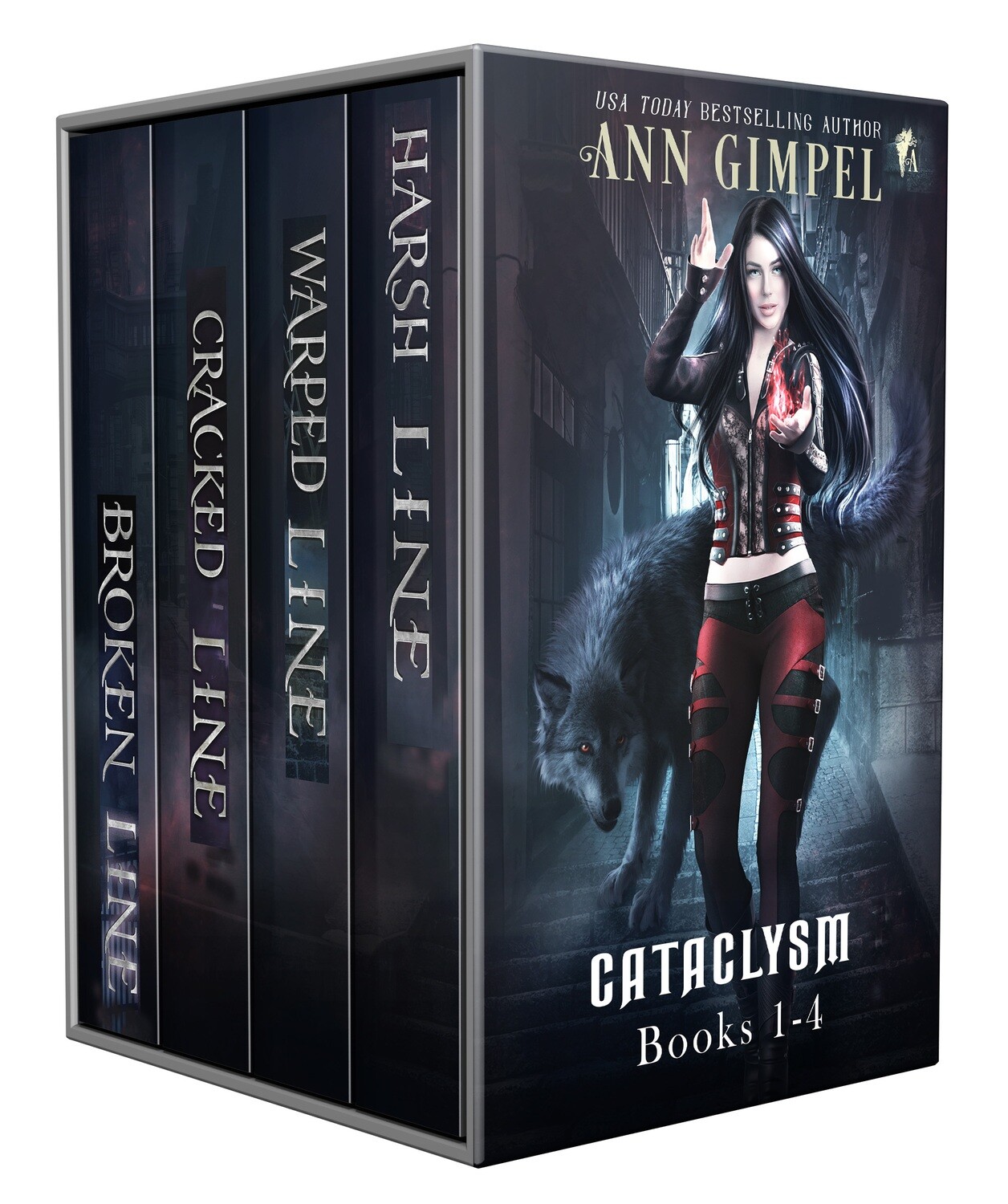 Bundled together for the first time! Over 1200 pages of riveting vampiric urban fantasy.

My very existence is under attack. I’ve kept a low profile, told myself the craziness sweeping the world would pass me by. Yeah, it was wishful thinking, actually an outright lie, but it’s kept me sane.

I’ve been hiding out forever in one guise or another. Currently, I run a nightclub. Ascent is an “ask me no questions, and I’ll tell you no lies” haven. For everybody. I’m a Vampire. Far be it from me to judge.

My closest ally is a shapeshifting dire wolf. I adopted him when he was a scrawny puppy, but I’m getting ahead of my tale.

The fragile détente between supernaturals and humans has crashed and burned. I can’t avoid the truth any longer. Lucky for me, mortals don’t know exactly what I am. When I moved to Seattle, some vampiric sixth sense urged me to play my cards close to my vest, but I’m done burying my secrets.

I chose stasis—a long sleep—for me and two of mine. Hard to time these things, but we woke in the eye of a cyclone.

When I went to sleep—to avoid being drained of magic and blood by dark Sorcerers—Vampires weren’t exactly on the endangered species list, but not many of us are left. No one ever accepted us. Not mortals and not others with power, either. At least one of those dams has developed a few cracks. Supernaturals aren’t quite welcoming, but they’ll take help from any quarter.

Mortals have declared war on magic, and they won’t rest until we’re all sitting in iron-clad prisons. What a bunch of cowards. If they weren’t hiding behind false humanitarian walls, they’d be honest about their intentions and do their damnedest to kill us outright.

Vampires don’t fall in love. Except I did.

Not the best decision of my long life. I definitely cracked an unspoken line, but Ariana trounced me as far as line-crossing went. Very few acts constitute crimes in Vampire circles. Hers was the worst. I fled to the Old Country to buy myself thinking time.

I still loved her, but what she’d done was so vile I couldn’t set it aside.

We face huge problems, but I’m tackling them one by one. I’ll return to Ariana’s side, but perhaps only as her comrade-in-arms. Time will tell if we can be more to each other.

Time and circumstances. In a world without magic, Vampires will wither along with every other magic-wielder. I cannot let that happen.

In all my years as a Vampire, hundreds of them, I never imagined humans would be anything other than food.

Rich, pure, delectable blood. Prey that fought back never posed a problem. Mortals couldn’t stand against those of us with supernatural ability. That world still exists, but it’s taken a backseat to humans who’ve joined forces with turncoat mages. Mortals were never meant to wield power. Over the long haul, they’re sure to be very sorry for the choices they’ve made.

Maybe someday I’ll be a humble innkeeper again, but it’s so far in the future I can’t even think about it. Nope. For now, all I see is blood. Rivers of it, and not running down my gullet, either. On the plus side, I have good friends, powerful allies, and a Vampire who loves me.

We have to come through this unscathed. Have to. I’m Ariana Hawke, and I take care of what’s mine.