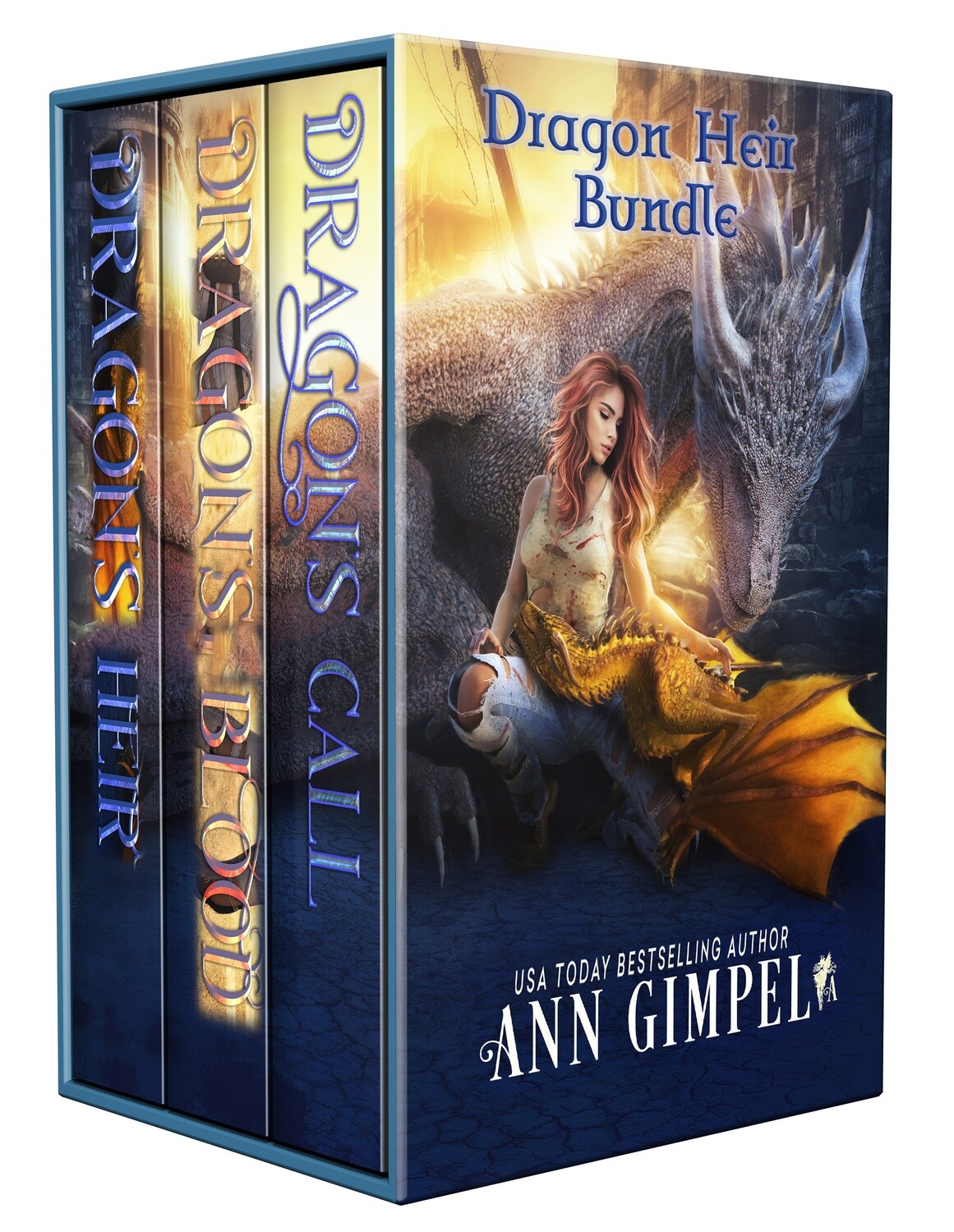 Over 900 pages of dystopian fantasy. Odin’s realm and the Nine Worlds clash with the Celtic gods in an unforgettable trilogy.

After her Celtic kin proved too big a bunch of bastards to bother with, Rowan sought solace among witches.

After the Breaking, not much was left. I assumed it was a case of magic gone bad—until I discovered my goddess mother had broken the world. She didn’t like it that I’d turned my back on the pantheon. My long tenure among witches rubbed salt into the wound.

After a confrontation where Mommy Dearest fessed up—and lacked the decency to bat an eyelash about the widespread destruction she’d caused—I was digesting what to do next when a dragon showed up.

I was grateful for the help. And suspicious as hell. Why a dragon? Why here and why now? More importantly, why was he—she?—helping me? Part of me didn’t want to know, and another part was certain I’d find out anyway.

After discovering she’s half dragon, Rowan figures it can’t be any worse than being related to the Celts. That’s the thing about assumptions, though. They come round and bite you in the ass.

I’d rather fight than study, but I’m stuck poring over dusty scrolls. I promised I’d learn about the dragon part of my magic, but I’m having a hell of a hard time believing there’s some concealed strain of power just waiting for me to kindle it. Meanwhile, my friends the witches are playing fast and loose with remaining hidden.

My Celtic kin won’t bother them anymore—at least I don’t think they will. But far worse things rove Earth than the Celtic gods. The Breaking has developed an energy all its own. The longer it runs wild, the harder it will be to contain.

Soon, very soon, no magic in the Nine Worlds will be enough to counteract it. Once that happens, the few remaining mortals will go first, but the rest of us won’t be far behind them.

Rowan hasn’t made a dent in coming to terms with her black-to-his bones dragon father when she gets pregnant. The dragon-child isn’t even here yet, but everyone’s already fighting over his future.

I’m being pulled nine ways at once. Brand new mating. Brand new pregnancy. Stronger magic than I’m used to. The Nine Worlds are failing. Rot that began on Earth has spread to Vanaheim. Odin knows more than he’s telling us, and no one has any interest in working together.

The only thing everybody has in common is a sudden, weird fascination with my baby. The dragons want him raised on Fire Mountain. The Celts want us in Inverlochy Castle with them. Hel hasn’t weighed in, but I bet she’d like to see her grandson in Niflheim where she can dandle him on her knees every day.

If it weren’t for the catastrophe looming over our heads, Bjorn and I would escape to a distant borderworld and never look back. It’s always an option. Good to preserve as many of those as possible.

Keep your fingers crossed for me. And my son. See you on the other side.