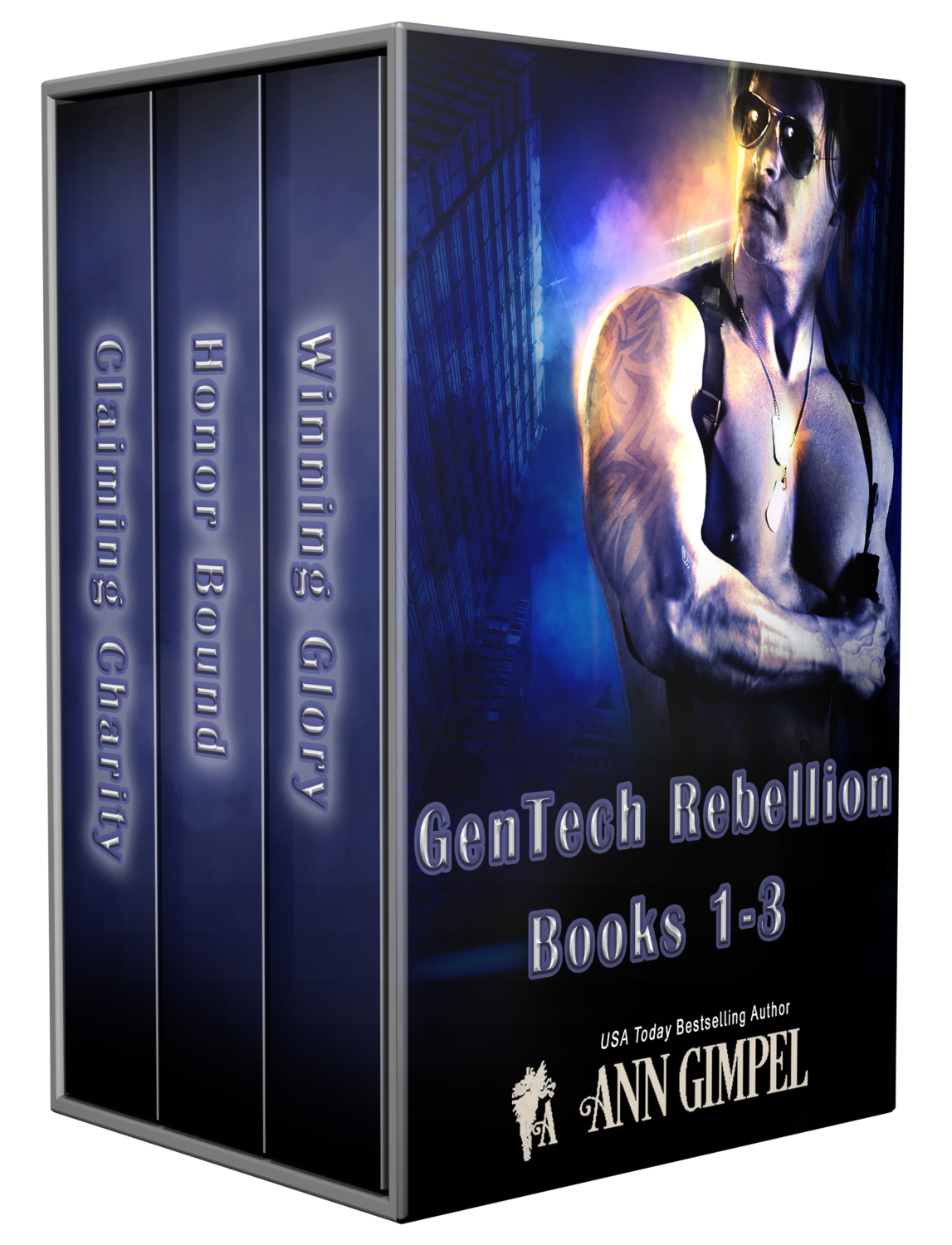 Sometime between the interminable wars in the Middle East and 9/11, the United States bred a race of super soldiers. Clandestine labs formed, armed with eager scientists who’d always yearned to manipulate human DNA. At first the clones looked promising, growing to fighting size in as little as a dozen years, but V1 had design flaws.

Seven years ago, a rogue group turned on their creators, blew up the lab, and hit all the other breeding farms, freeing whomever they could find. In the intervening time, they retreated to hidden compounds and created a society run by men. Women are kept on a tight leash because the men fear if they discover their innate power, they’ll launch their own rebellion.

Being a genetically altered human without a name grew old, so Glory named herself. Surrounded by a maze of unpleasant alternatives, she makes a bold choice and ends up a fugitive in the midst of a Minnesota winter.

CIA agent, Roy Kincaid, devoted his career to hunting super humans who staged a rebellion seven years before. He’s not making much headway, so he goes deep undercover. One blustery night, a striking woman staggers into the café where he’s catching a late meal. Part waif, part runway model, the half-frozen woman arrows straight into his heart.

Glory’s flat out of alternatives, but death in the storm might be preferable to telling the tall stranger looming over her anything. Sensing Roy is dangerous, she pushes into his head seeking clues and discovers he hunts those like her. Maybe she can fool him, just for tonight. Get a hot meal and dry motel room out of the deal. If she’s lucky, he’ll never find out she’s on the run from the same group he’s targeted for death.

The thing she didn’t count on was falling in love.

Honor takes a huge chance and flees her compound one wintry night. A genetically altered woman, she has no memories from before a rebellion seven years before. Because of her enhanced physiology, she finds a home working for the CIA alongside four other women just like her. There are still plenty of rules, but they’re different, and she’s figuring out how to blend in.

Milton Reins burns through women and marriages. After the third one implodes, he swears off hunting for a replacement. Running the CIA is a more than fulltime job. There’s no time for anything else in his life, which is fine until Honor comes along. Training in the gym throws their bodies together, and makes him remember the feel of a woman in his arms. Milton aches for her, but she’s a freak, the CIA term for test tube humans designed by scientists.

Honor wants Milton with every bone in her body, but it’s a terrible idea, especially after she delves into his head and discovers his ambivalence toward her kind. Need drives them together, but their differences create roadblocks every step of the way. Fueled by anger and fear, she shuts him out. So what if the sex was great, she’s done.

Charity’s luck never ran strong because her original configuration was unstable. Her handlers designed patches to fix the problem, but they only made it worse. Sick to death of living under their thumb, she jumps at a chance to escape. She’s barely settled in as a CIA special operative—a role where she can put her augmented mind and body to use—when her wobbly genetics decompensate.

Tony’s a freak—a genetically altered superhuman waging war against the government. He snaps up an offer of amnesty, walking away from his role as a genetic researcher to work for the CIA. When Charity collapses, he labors to save her life, but nothing’s working. In a last ditch effort, he joins his mind to hers and discovers he wants her more than he’s ever wanted anything. Only problem is she hates every single male like him because of how they treated women in the compounds.

Charity recovers from her medical crisis, but all she can think about is Tony. Furious, determined to never let anyone like him near her, she blocks him from her mind, but he seeps back in anyway. Loving someone like Tony is a huge risk, a gamble that could throw her already volatile genes into a tailspin.

Knowing all that, why the hell is she considering it?